Blepharitis is caused by clogged oil glands around the base of the eyelashes, producing irritation and redness. Although the actual cause of eyelid inflammation is not always known, certain factors can raise your risk of developing blepharitis. If you have dandruff on your scalp or brows, for example, you may be at a higher risk. Makeup and cosmetic goods that you have applied to certain regions could be another culprit. As a result, we’ve compiled a list of the Best Eye Drops for Blepharitis in India in this blog.

Your eyelids may be itchy and appear red, puffy, and scaly if you have blepharitis. The eyelid surface becomes inflamed and crusts form as the scales become coarser, which may cause your lids to cling together. The signs and symptoms of blepharitis are usually worst in the morning. Red eyes, watery eyes, itchy eyes, crusty eyes, eyelid sticking, and so on are some of the symptoms. So, let’s take a look at the Top Blepharitis Medicines in India. 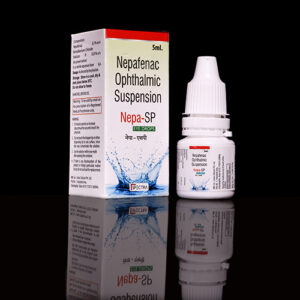 Nepa-SP is made up of the molecules found in Nepafenac Eye Drops, a type of non-steroidal anti-inflammatory medicine (NSAID) used to treat post-operative eye discomfort and inflammation. The use of nepafenac ophthalmic suspension helps to prevent the release of specific chemical messengers that cause discomfort and inflammation in the eye, such as redness and swelling. 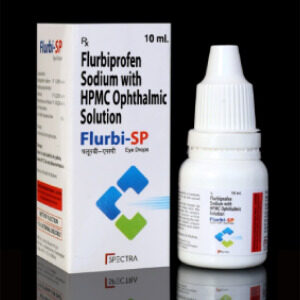 Flurbi-SP is a combination of flurbiprofen and HPMC ophthalmic solution that is used to prevent or decrease abnormalities in the eye caused by cataract removal and eye surgery. This eye drop prevents the pupil, which is the inner part of the eye, from narrowing. It allows a doctor to examine the eye from the inside while doing surgery or changing the lens. The ingredient Hydroxypropyl Methylcellulose (HPMC) is used to alleviate dryness and irritation. It aids in the prevention of eye damage in certain eye conditions. 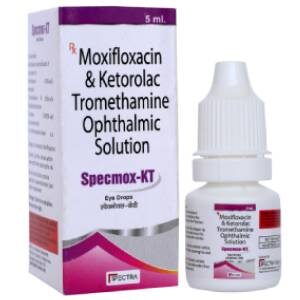 Ketolac Eye Drop is an analgesic that relieves discomfort. It is considered as one of the top eye drops for blepharitis in India which is used to alleviate pain and inflammation following eye surgery. It can also be used to treat other issues like seasonal allergies. This medication is usually only administered for a brief period of time. It’s used to treat post-operative eye pain, inflammation, and swelling in the short term. It works by preventing chemical messengers in the brain from signaling that we are in pain.

Bromfenac and Moxifloxacin are combined as Duobrom Eye Drop. Bromfenac + Moxifloxacin is used to treat bacterial infections of the eyes, such as pink eye or conjunctivitis. Bromfenac is an anti-inflammatory medication that is not a steroid (NSAID). It works by preventing the production of chemical messengers in the eye that induce pain and inflammation (redness and swelling). Antibiotic moxifloxacin is a kind of moxifloxacin. It stops germs from multiplying and rebuilding themselves, killing them.

Cyclosporin Eye Drop comprises a Cyclomune medication, which belongs to the immunosuppressive agent class of drugs. Cyclosporin acts by reducing inflammation and enhancing tear production in the eye. It lubricates your eyes and relieves irritation. It can also boost tear production in dry eyes, a condition in which tear production is reduced due to keratoconjunctivitis sicca-related ocular irritation. This eye drip is one of the Best Eye Drops for Blepharitis in India.

Megabrom Eye Drop is a pain-relieving ocular drop that is used to treat postoperative eye pain and inflammation in cataract surgery patients. Bromfenac is a drug that is used to relieve eye pain. It’s a type of non-steroidal anti-inflammatory medication (NSAID). It works by preventing the release of certain natural compounds that cause pain and inflammation in the eye (redness and swelling).

Call Us Whatsapp
×
PLACE A QUERY
0